The Modern Misunderstanding of Communism

Brian here. So here in this venue, I primarily write about 2A issues, and the politics associated therewith. I do write on other subjects in other venues, but I want the Norpoint page to stick to its focus. I seem to have stirred up a hornet’s nest with my last post by referring to the current virus by a politically incorrect term and we lost our focus. My use of language was deliberate, but my intent seems to have missed the mark, so I should offer an explanation.

First, if anybody thinks that I condone any acts of violence or discrimination against people of Asian heritage or Chinese background, you simply don’t know me. Right now 2/3’s of the people living in my house are of Chinese heritage. That’s not a complete “get out of jail free” card on the subject, but it is simply meant to state that I have absolutely no animus towards people of Chinese heritage.

That is not to say that I do not harbor some extremely strong feelings about certain people…in particular those who are apologists for totalitarianism.

In 1969, my parents watched 14 people get hung in the town square (the majority of whom were Jews), and immediately packed their bags and made a harrowing middle of the night escape from the nation of their birth. They legally immigrated to the United States. The journey was not fast, nor was it easy, but it saved our lives. The United States is the greatest country on earth; not in some abstract high school debate sort of way, but in a very real and tangible way.

Contrast that with those who (in the past few years) seem to have found a new fascination with Socialism and Communism. Unfortunately, the noble profession of teaching has been hijacked by some vocal ex-hippies who have no idea about how the real world works and who have brainwashed an entire generation of young people into believing that Socialism and Communism are just one among many equally good political systems that all provide for their people. WRONG.

Nobody is telling our young people about the horrors of Socialism and Communism. What they are not being told is that under those systems, no matter how noble your intentions might be, eventually, you will have to crush those who do not agree with the system. It inevitably happens. It has to happen, because Socialism has no choice but to enforce conformity.

Just a short time ago, we nearly had an avowed and lifelong supporter of Socialist and Communist regimes as a major candidate for the Presidency of the United States. This is a man who praised bread lines and defended the Castro regime in Cuba. His supporters are unapologetic about these views. History seems to have been lost.

Today, we are all living under the fallout from the decisions made by a Communist dictatorship, and all I see on the mainstream media is how we should be emulating the Chinese Communist dictatorship response to the virus. Nobody is sticking up for Taiwan, who seems to be a true world citizen, and a real ally worth having.

I have listened to brave men of previous generations who were on the front lines of this fight. I have watched their tears as they described Communist soldiers shooting women and children in the back for the crime of trying to flee tyranny. This is not an exaggeration. I have met men who suffered in Communist prison camps. My wife’s uncle who recently passed away was one of them. If you know someone of Vietnamese descent, there is a high probability that they know someone who died (or more likely disappeared) trying to flee Communist tyranny for the freedom of the West.

The other day, someone asked me to pray for their friend who is a member of the underground Christian Church in China, who disappeared several months ago. Nobody has heard from him, and sadly, nobody may ever hear from him. When I hear Communist dictatorship apologists (who are usually American elites) make excuses for those tyrannical regimes, my stomach churns. When I see the World Health Organization, which was once a very noble organization, absolutely sell out to the Communist dictatorship, I am dismayed.

Our lives have been permanently altered because a tyrannical Communist dictatorship decided to play games with innocent lives, because for them, most life is inconsequential. So out of a sense of frustration, I called the Covid-19 virus the “Chinese Wuhan virus”…that was wrong. I should have called it the Communist Dictatorship Virus.

And to bring this back to the focus of the 2nd Amendment, let me quote Mao Zedong’s Revolutionary Writings 1912-1949: volume 4 “private individuals may not carry or conceal firearms…[f]rom now on, any private individual who is found to possess firearms without a permit will be charged with the crime of privately concealing military weapons.”

Communist dictatorships may not contain a virus very well, but they are ruthlessly efficient at gun control. 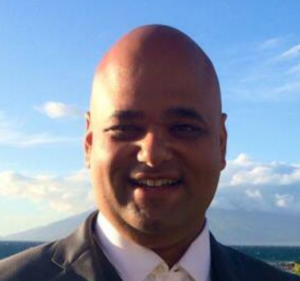